21 students from across the UK competed at Loughborough University’s Holywell Fitness Centre, in a bid to become one of the 14 WorldSkills UK Fitness Trainer Competition finalists for 2016. 12 Gym Instructors and nine Personal Trainers competed and all demonstrated their skills, knowledge and professionalism throughout the day, before they were whittled down to the final eight Gym Instructors and nine Personal Trainers. The finalists in both the Gym Instructor and Personal Trainer categories will be showing off their skills in front of 100,000 people, when they compete in the final at the Skills Show being held at the NEC, Birmingham in November. They will now all be formally invited to compete, following external quality assurance.

The judges also awarded a special mention award which they are able to do if any competitor(s) demonstrated particular talent/innovation which couldn’t be recognised in the regular competition marking. This was awarded in the Personal Trainer competition to Thomas Gallivan from Coleg Gwent for his technical skills and anatomical knowledge demonstrated.

YMCA Awards, AoC Sport and the WorldSkills UK Fitness Trainer Competition team would like to congratulate all competitors for their performance, and thank their clients, staff and parents who came along with them, alongside our incredible team of judges who gave up their time to travel across the country and support the competition. 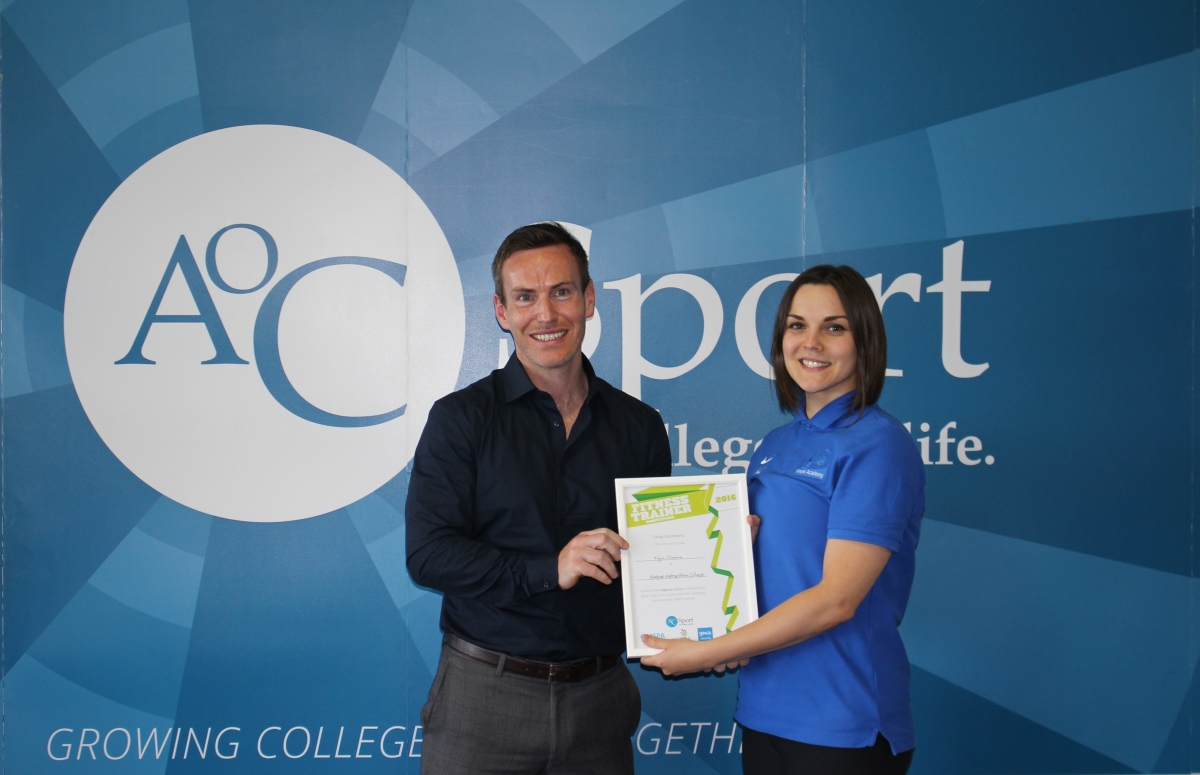